I lost a baby.

I lost a baby.
I lost a baby.
No matter how you structure those words, they’re hard and weird and wrought with silent emotion.
If you’ve talked with me in person since January or you’ve read BotB, you know, we lost a baby. Or a pregnancy. I had a blighted ovum, which means one never sees the fetal pole or hears a heartbeat but after having two other children, it’s nearly impossible for me to believe anything except that from the moment of conception, a life is forming. Regardless of your feelings/beliefs/views, it was a loss just the same. And now, we are expecting again. But my current pregnancy does not mitigate the gravity of the loss.
To go through miscarriage {I hate that word. It’s as if to say that one mismanaged the carrying.} certainly carries emotional loss. But moving forward from the emotional sting and hurt, for me, was perhaps less difficult than the physical. After I cried and got a wee bit angry, after that, I made jokes, I talked about it openly, and I dealt emotionally. But for over three months, I lost a pregnancy. I cannot fully speak to the process of a D&C, but without surgical intervention, your body has to expel the pregnancy over time. And this is different for every woman. For me, that time amassed to three long months including some complications for the last month or so of that. I did not have a D&C because neither my midwife nor my general practitioner recommended it for the gestation of the pregnancy and the lack of a fetal pole. Three months. It sounds like a brief blip of time, I suppose, yet much like the Winter it happened within, it dragged on and on…

My hormones were grossly overloaded resulting in a face explosion. These same hormones also caused my hair to break and fall out in clumps. My weight, having ballooned from miscarriage bloat, dropped very quickly which resulted in people inquiring, “What are you doing to lose the weight?” and me replying, “Well, I lost a person,” on more than one occasion…because I am like Chandler and I make jokes when I’m uncomfortable. My blood pressure, which is already a force with which to be reckoned {because, you know, I’m 82}, rose to an all-time new high which led to several changes in diet, medication, and on and on. And then there were the other physical “goings-on” which, even I have enough decency to spare you from. But that part, was, by far, the worst and most troubling piece of the puzzle.

The best way to describe it: It sucked. Yep. Me…with all my words. The only way I can truly capture the feeling is to use the words it sucked. Not like, life-ending, can’t go on, suckiness. But suckiness, just the same. And then, just as the dead of winter turned to the hope of spring, we were in the “safe zone”; the time where all systems were go, the miscarriage had left the mama, the body was again cleared for a baby. And I was possibly the most ridiculously stressed about baby bearing that I’ve ever been. I didn’t want to try yet. But I did. But I didn’t. Because I didn’t want to do all of that again.


Before I could believe it could be true, I saw Pregnant. I was immediately convinced I was/would be/will, without a doubt, miscarry. The emotional part, the part I thought I’d well-recovered from, paired with the hormones, caused bursts of tears, cold sweats, sleepless nights, loss of appetite and general crabbiness. It’s too soon, I thought. My midwife ordered a quantitative blood draw to show my HcG levels almost immediately. It’s a routine “peace of mind” test for those who have recently been through a loss and also shows the doctor how the initial stages are evolving. The same blood draws I had done just months earlier to determine the end of a pregnancy would again confirm or deny if I was, in fact, in the earliest stages of a viable pregnancy. And within 48 hours, just as the numbers should, they doubled. But I was still doubtful.

Then I began having pain. Throbbing pain that worsened throughout each day. I was convinced that I was having an ectopic pregnancy. The mind is a powerful thing and as nutty bananas as it sounds, I thought that even though I might be pregnant {I had, after all, had a positive test}, it must have implanted in my tube rather than in my uterus. That it was just too soon to be okay. Because of the location of the pain, on my right side of my groin and ovarian area, I was sure I would start bleeding any day.

I was not blissfully joyful over the news of pregnancy, I was terrified. And I was told that for the health of this pregnancy, I needed to find ways to deal with my anxiety. I attempted to channel the words of my midwife, “for now, we wait”. But I still called her nurse {and the woman to whom I owe a great debt of gratitude} almost daily. I told her I knew I was basically insane. That I knew I was being absolutely absurd…but yet, I could not stop the feelings. I had to accept that there was not one little thing I could do to either prevent a miscarriage or produce a positive pregnancy. My poor husband and friends desperately tried to comfort me. But my doubt was somewhat constant. So, I turned to the good book and tried to let faith be my rock.

After a visit to my GP {who is awesome} at five and a half weeks regarding my blood pressure and also my anxiety over the pain I was having, an ultrasound was ordered for six weeks, four days. She didn’t want my stress to impact the pregnancy {read: I was officially a nutbag}. So I just needed to get to six weeks, four days. Then the stress would instantly evaporate. That would be the time. The time we should see everything. All the things we hadn’t seen before. So again, I waited. Ever so patiently {ahem}… completely convinced I would be told that I had a missed miscarriage or a pregnancy-gone-wrong. And I did all I could to daily choose faith before worry or anxiety.

Six weeks, four days. The day arrived. I laid on the chair and watched the screen as the ultrasound technician clicked away and moved around my belly.

“See right there… that’s your baby”.

I immediately sobbed. The same uncontrollable sobbing I’d felt six months before but for a completely different reason. I shook. My body actually shook.

We had seen the baby. We had seen but not heard the heartbeat. But it was still early for that piece. Even with evidence coupled with faith, I was still found it impossible to fully believe…. so while I felt relief, I still waited.

At nine and a half weeks, I had another ultrasound. It would be time to start charting growth for Dr. Kenney. And that was again the day. The day that we saw the baby and the sac and heard the heartbeat on the ultrasound. And again, I cried. And Adam cried. And I said the words, I’m pregnant. Until that day, anyone that we shared the news with — family, very close friends — I  told, “I’ve had a positive pregnancy test”. I was not about to call a spade a spade until it was officially determined to be, a spade.

At 11 weeks, we heard the heartbeat on the doppler. And at that point, my midwife told me my chances of miscarriage dropped to less than 2%. And again, I cried. All happy tears of course; tears to wash away the anxiety and the fear. Those 170 beats a minute. Those are our baby. The blurb on the screen. Our baby. The cause of my already-made-three pregnancies belly beginning to bump. Our baby. And I will never again take that for granted. Because although we know where we are in this very moment, we never know what is in front of us.

We very slowly shared the news with friends and family. We selectively chose people and times to share the news. It was like I could only tell so many people because I didn’t want to have to un-tell everyone. I kept a mental list of who we told. And then at 13 weeks, the start of the second trimester, I finally felt okay to tell the world. And then I whispered to my belly don’t leave me now, baby…it’s official.

I am fertile. That is no secret. I know people who go through months and years of trying to conceive. We are not those people and I don’t ever want to compare that struggle to a miscarriage or even a late miscarriage. We are blessed to have been able to have babies and to have had two complete pregnancies. We are fortunate to have only gone through the process of miscarriage once so far. We have two very healthy, active, ornery, fantastic boys. And if that is all we are blessed to know in this life and hold in our arms, we know that would be more blessings than we deserve.

As we come upon the first weeks of August, I have thoughts every so often about the fact that I would have been nearly 8 months pregnant. The same gestation with Barrett and Jonah at which I headed to the hospital. I could let that thought make me sad. But instead, I am 13 weeks along and more grateful than I could have ever imagined.

I lost a baby. I think you’re not supposed to say that. I think it makes people uncomfortable. And it’s horrible to say, really. I didn’t lose it. I didn’t even misplace it. I know exactly what happened and where the baby went. But just the same, it was lost.  It took me longer to say goodbye to that pregnancy than it did to welcome it into my life. And as dramatic as it may seem, it has changed me. And has made me get it a little {or a lot} more than I did. I share our story only because I am one in a large number of women who have experienced this. And because it doesn’t end just because you have surgery or your miscarriage is complete or because you conceive again. But eventually, you do move forward.

It’s funny how it feels like life isn’t working out and yet it’s working itself out all along. And although, the whole time, we kept moving right along, finally moving forward was completely different.

Miscarriage, Pregnancy, This is Hard 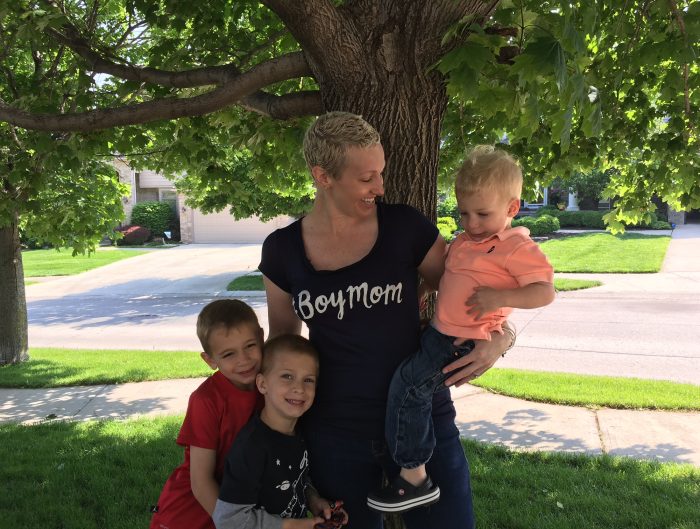 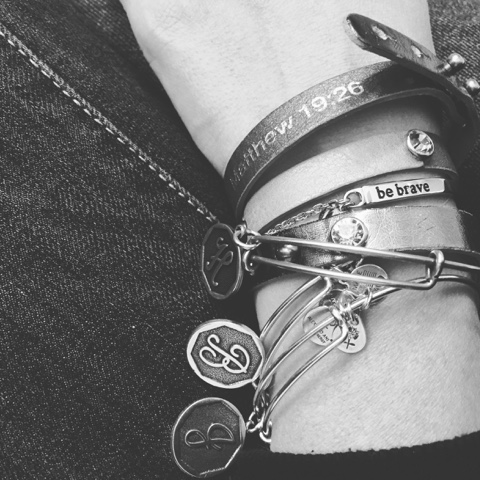 The Hardest Chapter to Write
September 25, 2015

When I find the right words
September 6, 2015
You are reading