We headed down for a Mama/Sons evening out.

Dinner out. And tickets to a show.

Truth be told, we were already later than we should have been.

Like a complete rookie, as we drove down the interstate, I offered them choices for dinner.

Seriously, woman? Have you ever even done this parenting thing?

Per usual, one chose one. One chose the other.

And a brawl ensued.

Okay. Not a brawl. But one kid was crying. One was being passive aggressive. And my visions of a picture perfect night with my two Olders dwindled.

We landed on one of the two choices. A fast food joint. Again, it may not have been my first pick but at least no one was crying anymore. And at least it was close to the show’s venue.

And the kids were off to fill their cups with a fun night root beer.

“What about the root beer?”

And back to square one.

And then I saw another fast food spot. Perfect. We’re getting tight on time.

We walked up to the door. LOCKED.

The money drawer was on the counter. The dining room was closed.

And I wanted to cry.

I could feel my face warming. Keep it together, girl. You’re the Mama. Make this shit magical. Turn it around.

My phone must have synced up with my husband’s car. The Littlest’s current fave, Sweet Caroline, began to play. And the mood shifted, just enough.

We drove towards the theater. Bellies still empty. And I realized that the options for dinner for our trio was looking bleak.

“Guys. I think we’ll have to find a parking spot for the show. We can do dinner after.”

No one was thrilled, I could tell, but they were also keeping it together quite well.

We parked and got out. Nope. That’s a 2 hour meter.

We got back in. We quickly found another spot. “Alright! 10 hour-meter!”

Oh. And I had no change. No dollars. No cents. BUT. I’ll just download the app. Ummmm. Nevermind. For whatever reason, I cannot seem to download anything. OF COURSE.

“Hey babe… if I send you a pic of a meter, could you pay a meter for me? Yes? Oh thank God.” Husband for the win.

We walked in for the show and we saw a sign for “concessions.” YES. “Have cash ready!” Noooooooooo.

“Yes. Yes there actually is. Right across the street. But I don’t have my card for it.”

We posed for a pic. 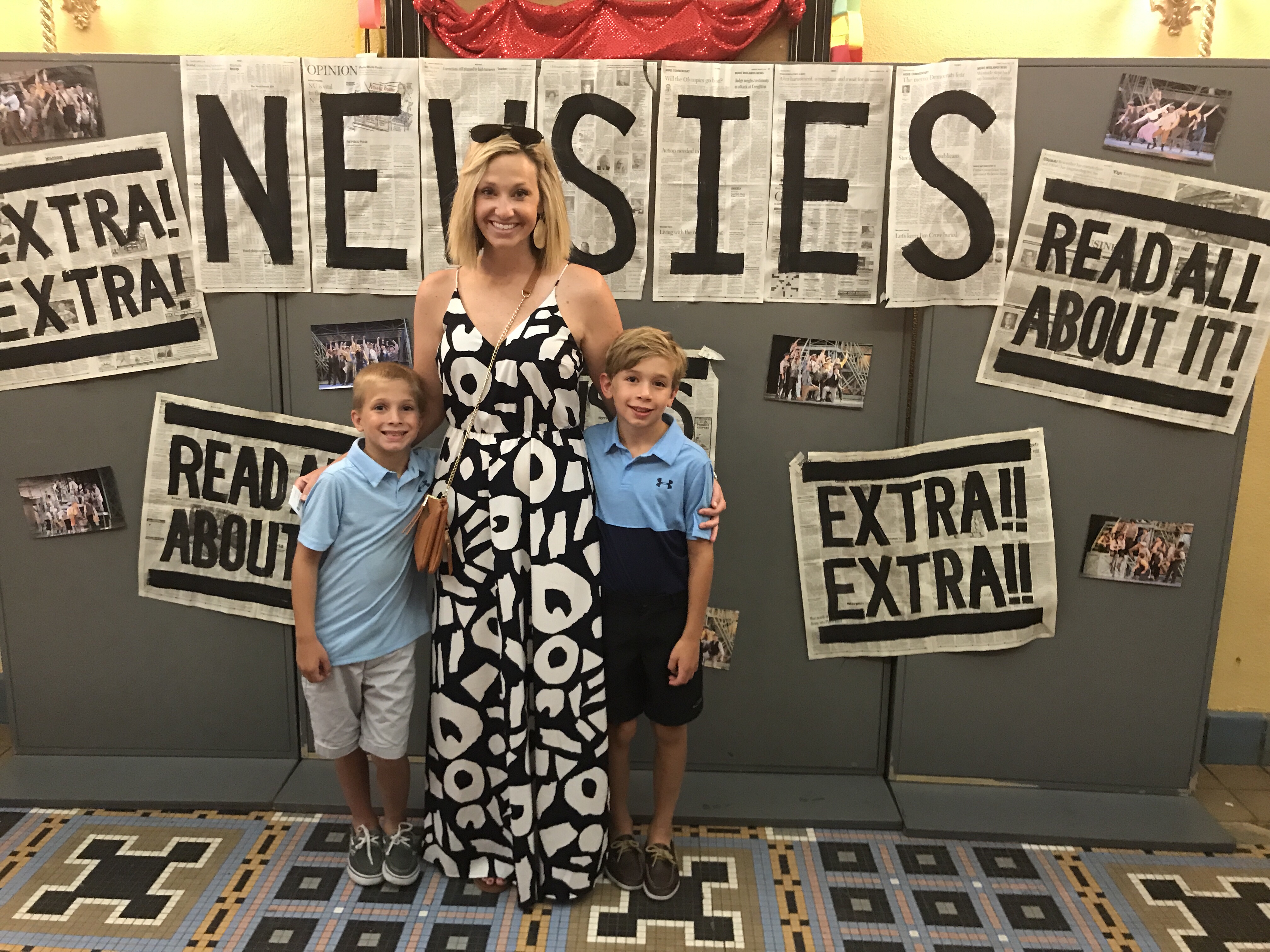 We sat for the show. One song and some talking later, “mom. I’m gonna try to take a rest. I’m tired.”

Dear God. Send me an angel.

A few minutes later from my right, “mom. I’m just a little scared that the theater is going to crumble on top of us…”

There is no way we are making it past the first act.

Intermission. The line for concessions (a cookie and a soda) has opened.

“Yep. Something will work out.”

Something will work out.

And I caught her face as I turned around. Another Mama who I bible study with. PRAISE THE LAWD!!!

“Ohmygoodness. Hi! Do you have any cash? I do not. It’s a whole story…”

“Of course! How much? Here! Is that enough?”

“Ohmygoodness YOU ARE SAVING THIS NIGHT.”

I hugged her more times than I should. But I was so thankful she was there. I was so thankful for her smiling face in that moment. I honestly felt like she was an answered prayer. Answered in the form of show snacks.

Cookies. Soda. And giggles over the events of the evening.

We walked back into the show, all of our attitudes bettered by the goodness of a cookie, a soda, and a Mama friend who saved the day.

“Mom. Look at the moon! What a great night. I loved Newsies. This was awesome. We should do another show.”

“Yeah! I loved Jack! And the little kid. Yeah. I think he was my favorite.”

“Mom. The moon and that red light and the wishing star all look like a face.”

“There’s no way Harrison had as good a night as we did.”

We listened to the show tunes on the way home. We picked up Wendy’s. And all order was officially restored with the universe.

It wasn’t a picture perfect Mama/son outing. Clearly. In fact, there were moments of pure shitshow status. It took a parking meter proxy, and an angel to turn it around. But I’m certain they’ll remember it. Because the moments that I have held onto since childhood that seem, in my mind, to be wild adventures and days full of memories, I imagine those were the ones that made my parents sweat the most. At least while they were in it.

The picture? It looks sorta perfect. It says, “Mama/son night out.” The story? Well. It tells the story.

Just another reminder that parenting is as wild and unpredictable as it comes. And yet, when the dust settles, it’s the madness that makes it all sort of magic, isn’t it? I sure do think so. 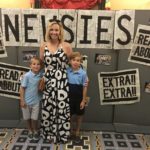