The death and life of a crayfish named Roy

I didn’t look at the permission sheet long enough. {I am no longer in beginning-of-the-school-year right-on-top-of-things form. Stacks of crumpled papers are emptied from backpacks once a week instead of daily. Just last week I emptied my bank account in one sitting to pay for school supply kits, carnival fun, and fun day food. May is one crazy mofo.}

I didn’t look at the permission sheet with attention to detail and suddenly, I’d committed to being the lucky owners of a crayfish.

“We need to go get a tank today,” the Oldest mentioned in passing.

“For Roy. Our Crayfish.”

“A tank? Can’t he just live in a plastic container? He’s just here for a weekend.”

“Living with us? For the weekend…”

“No mom. Remember, you signed the form.”

I signed the form. The form that was NOT for a weekend with Roy the Rockin’ Crayfish. Rather, the form that said, “yes! We’d love to be one of the happy homes for one of the MANY class crustaceans.”

Second mental note to self & a courtesy 411 to all parents: ACTUALLY READ THE ENTIRETY OF A FORM BEFORE SIGNING IT.}

On Monday, the carpool boys flung open the door of my car and announced, “you’re a grandmother!!” 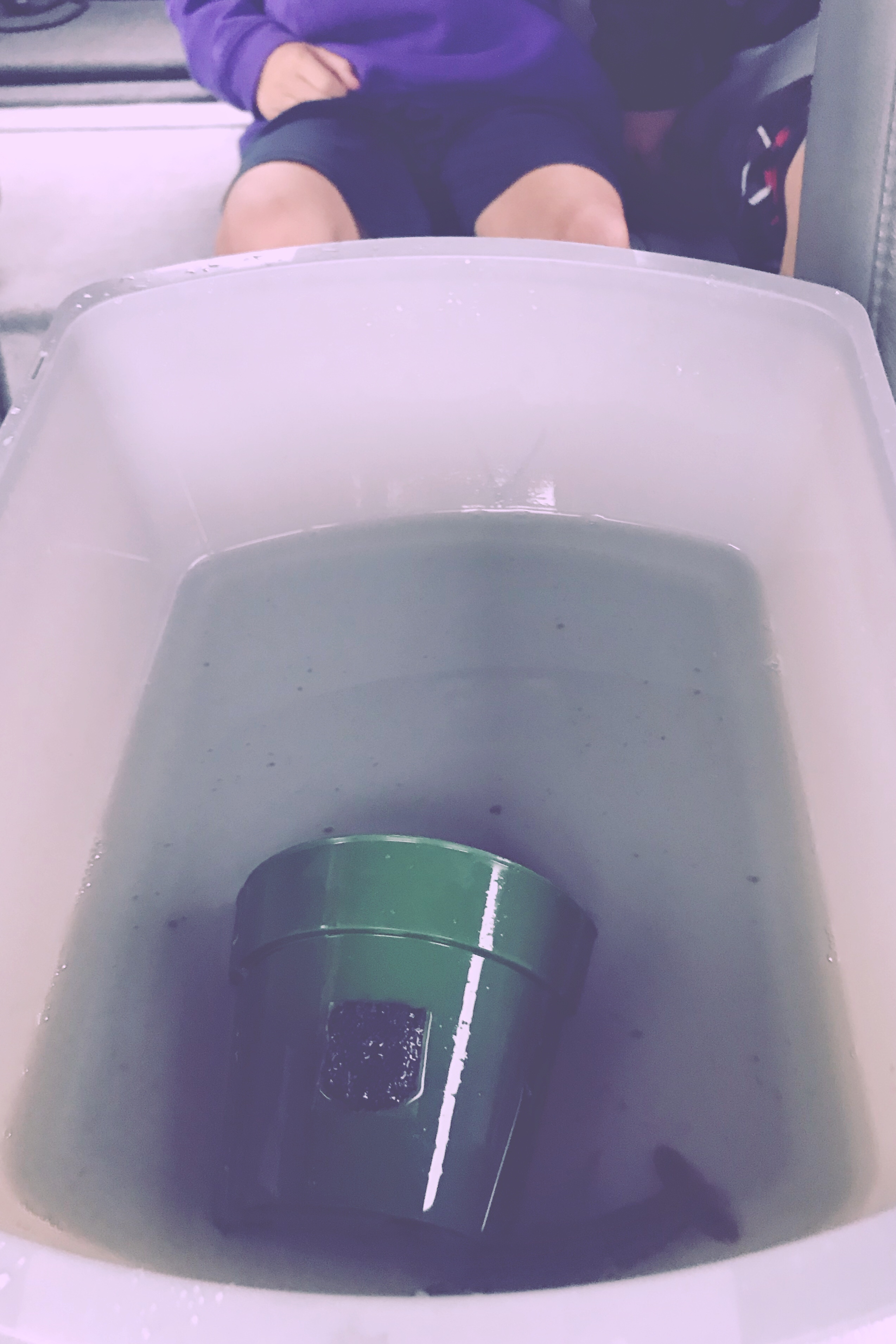 Roy, sloshing back and forth in a plastic bucket, was officially official as the fourth male to claim permanent residency in our home.

In all things wonderful and serendipitous, one of The Oldest’s best pals had a tank. A tank which had been used for another class crayfish. A tank that would save me time, money, and sanity.

And so, Roy had a home in our home.

There were so many things to consider, even for a crayfish. He needed the water to be the right temp. He needed shelter, a coconut hut that had been included in the gifting of the tank. He needed to acclimate to his new environment.

Maybe he’ll live for a couple of weeks, I thought. This is a lot of effort for a coupla weeks.

But then the voices of Instagram spoke and alerted me to the fact that these creatures can live for YEARS.

I’d just signed up for years of commitment because I hadn’t read the form. {additional note to self: read all forms forward and backward from here on out.}

And then came the story of Sheldon the Warrior Crayfish. The one who’d been the prior inhabitant of Roy’s Wonderland. The one who’d indeed lived a two-year existence until the night that he climbed out of the tank on the second floor of their house and made his way to chill in the BASEMENT.

It’s all rainbows and unicorns as a parent until the morning you wake up to a crayfish cuddling next to you in bed.

Wednesday night I documented that Roy was thriving. Happy as a, well, crayfish apparently.

And then. Thursday morning.

I mean, I didn’t want to have him for decades. But a whole week would have been okay. Maybe even a couple of months.

“It’s my fault,” he said through tears.

“What?!” I said, “your fault?! Did you get up in the night and text and drive? Did you drain all of his water? Did you starve him? Did you stab him with a knife {note to self: too far.}?”

“No… but he was my responsibility…”

And silence. Sometimes the words just don’t come in parenting.

I tried bringing in the Good Book… “you know, to everything there is a season… a time to live… a time to die…” which was both totally jumbled and did not land.

So instead I just sat. In silence. And hugged him. And then, Adam did the same. And I wanted to erase the failure he felt. And the confusion. Because I knew that Roy, though small, was bringing us a big lesson.

I’ve been trying to remember the pause lately. A true feat for a human who has spent as much of her minutes on the earth spewing out words as she has breathing. The pause, in parenting, is seeming to become even more important than the words spoken. The pause gives us all space in the moment. It gives it what it needs to ruminate in their oh-so-filled minds — a moment to think. Time to breathe. Time without trying to fix or figure it all out. Instead. Just a moment to feel the moment.

We just sat in the pause. The clock ticked. The Oldest wept.

I was tempted to tell him we’d get another crayfish. Or a turtle. Or a gosh darn unicorn. I was tempted to assuage his emotions with a quick glimmer of something to replace Roy.

I ALSO knew for sure that I should have read that DAMN form more thoroughly and that I could no longer go crazy on my children for not paying attention to details. But then, I also knew that if I had, I’d probably still have said yes. Because the whole “mommy had cancer shituation” has me saying a lot more affirmatives these days.

Eventually we all resumed our morning routine. The Oldest headed upstairs to find socks. Adam went up to shower. And I sat on the couch and told Instagram that Roy had taken an unforeseen turn and was no longer with us. {because that is what happens when you have told your corner of social media about your crustacean conundrum.}

“Yeah! Apparently he slept in,” Adam yelled from upstairs.

“He’s like a Jesus Crayfish! Raised from the dead…” I replied, “well that’s fantastic!”

And I really meant it. Not the Jesus thing. But rather, the fantastic part. Roy having resurrected himself that morning was a truly fantastic happening. After all, as much as I hadn’t been thrilled about his co-habitation, it was far better than dealing with his sudden death. Especially before I’d had coffee.

Roy is alive and well.

The Oldest’s guilt of having momentarily killed him has dissipated.

And I am sleeping with the door locked. 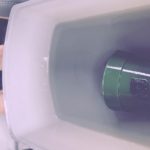 The death and life of a crayfish named Roy