He called on a Tuesday. Pre-term labor, he said in his message. I took the phone away from my ear and hit CALL BACK. Voicemail.
I gathered more information from a conversation with my husband.
They were on vacation.
A babymoon of sorts.
When the spotting began, it was light. So she didn’t think anything of it.
And then, not so light.
The doctor said it was probably nothing, but still best to go get checked out before flying home.
From the cruise ship to the nearest hospital. The nurses were very accommodating; everyone wanted to help them make their flight out of Miami that afternoon.
A sonogram. Another chance to see their Tiny One swimming around.
And then a wait for the nurse to come back.
Pre-term labor, they were told. They’d be there for awhile. Maybe a long while. Maybe for bed rest. For the duration of the pregnancy.
We talked to him that night. She was doing okay. They were on a 24 hour waiting period. She was being pumped full of magnesium. Anything to make the contractions stop.
But they didn’t stop. Because there was more to the story.
She’d began spotting. She’d been having contractions. But she didn’t know they were contractions. Because how would she know? This was her first baby. She had just started posting bump pictures. Why would she even think she’d be having contractions? She was only approximately 23 weeks. Maybe 22. Maybe 24. The dates had all been a bit jumbled. But they knew that the Tiny One would be donning blue. They knew that her belly was carrying him with every step she took. Every beat of her heart, his was beating right along with her. They already knew him as theirs.
She was already dilated. By the time they checked her she was already at 4 centimeters. Maybe even 5. They couldn’t put in a stitch. The contractions were too active. She was already progressing rapidly. The magnesium wasn’t as effective as they needed it to be. There would be no bedrest. There would be no third trimester. They were going to have a baby. That day.
They were only 12 hours into their 24 hour waiting period. But pushing was going to have to start.
Should I get an epidural?
What are the mortality rates at 23 weeks?
What will happen when he is delivered?
Do we want interventions to resuscitate?
We haven’t even gone through birthing class yet…
Can someone tell me what to do? How to push? How this is all going to go?
This was not the scenario they’d envisioned. This was not how the birth of their first baby was going to go. But these were the questions they were facing. And so, they very carefully and objectively answered them. In just the way that they needed to. In just the way that the two of them are programmed to do.
They could not delay his birth any longer. She had to begin the delivery. She followed the direction they gave. She was a pro. She pushed like she knew exactly what to do. On every contraction that came, and sometimes even without, she pushed hard for 10 seconds. And was proud of herself for that… for feeling like she had a handle on the task at hand.
He’d been breech. They’d known that going in. So his legs and trunk would be first out. And after pushing for 15 to 20 minutes, he came out into the world. But his head was entrapped. They checked for his heartbeat as soon as they could, and she heard the word she’d hoped against. Expired. He was expired. After they were able to get him fully delivered, they handed him to the awaiting pediatric team. She was apart from him for the first time in 23 weeks. And as the doctor was finishing things up, she listened for tidbits of information. What had she just heard? Was that the beating of a heart monitor? “Is he alive?” They confirmed. He did have a heartbeat, but a faint one. Just 40 to 50 beats a minute. But a heartbeat just the same. He was alive.
His beating heart was with them for a few brief minutes.
And then. It stopped.
He didn’t get to stay.
They spent six hours with him in their labor and delivery room before they were told that the hospital needed the room for another patient. They took photos. They called family. The family that had planned to meet their newest member in 18 or 19 or 20 weeks. Not over FaceTime from a Miami hospital room.

They cried for him. And for them.

Three hours after they first saw him, they gave him a name… Ethan.
In October, she’d found out she was expecting. Their first baby. She was in disbelief about the pregnancy. Not because they weren’t ready. But because they were. They were both overjoyed. Eight weeks in, they heard the heartbeat for the first time. It was then that she finally believed — something, someone —was growing inside of her. On January 30, 2015 — just 25 days before his delivery, they found out he was a him. And they were ecstatic.  He’d be the recipient of boxes of his daddy’s childhood toys. Their families were overjoyed. The first pregnancy. The first grandchild. The first of many firsts ahead.
And then it all came completely undone.
On February 24, 2015, Ethan came into the world at 12:20 am. He bore an uncanny resemblance to his daddy. He was just over 18 ounces at birth. In utero, they’d called him Tiny One. And a tiny one he was. He had a small cut into his cheek from an attempted intubation. His nose was as perfect a nose you could ever find. He was bruised from the delivery. But he was beautiful. Their first born. They wanted to hold him as long as they could. 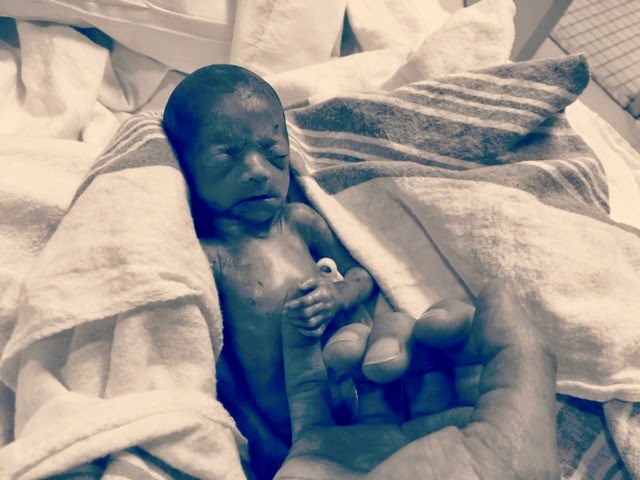 But he didn’t get to stay.
I think about all they must have wanted in those moments as they held him. Their sweet Ethan. I think about how she must have wanted to have him back in her belly. Safe. To experience the third trimester and the ability to complain and say, “get this baby out of me”. I think about how they must have wanted to know him as their baby. To wake up at all hours of the night with him and curse him for their exhaustion. 48 hours before, they likely believed that they would stand by when he took his first steps. I think they would have begged for a chance to get frustrated with his terrible twos. And would have delighted listening to the funny things he said at age 4. They would have loved to take pictures of him as he walked into kindergarten. And then, as he shot hoops with his dad. They would have done anything to have him there to give them hell in junior high. And would have hoped for him to get a free ride like they did for college. They wanted to be saying hello to him. Instead they were saying goodbye. They wanted to have him forever.

But he didn’t get to stay. 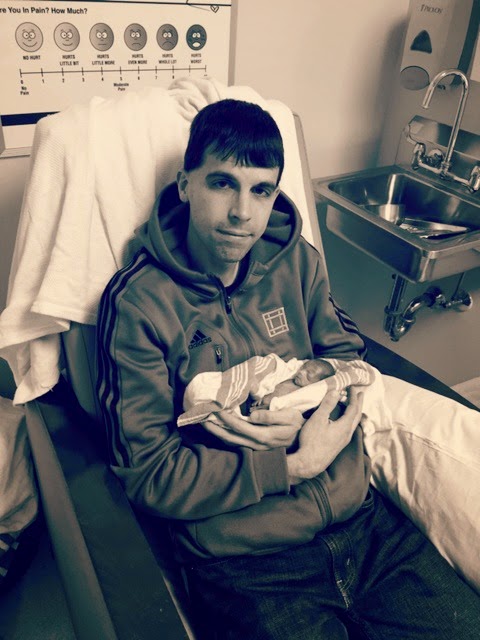 They loved him as much as any parent loves a child. Every piece of them was focused on him. They wished they could make it all better. For them and for him. They would leave the hospital and they would have to leave him behind. Instead of walking out with a car seat, they were walking out empty-handed. Her still curved belly sitting beneath a heavy heart. Instead of going home with him in their arms, they were leaving with the memory of him in their minds.
They traveled home a few days following. They had gone there expecting. But never expecting this. Never expecting to be making cremation arrangements. And determining the procedures for transporting his ashes. They were thousands of miles from home. And they were planning how to memorialize his minutes. Instead of planning for showers. And painting the nursery. And nesting.
She didn’t return to work right away. Bereavement leave was used in place of the maternity leave she’d been planning for, months down the road. She took on projects. Anything to busy herself. Transferring of her medical records. Sorting through the trip insurance. Bringing their baby home, in some way, shape, or form. As she watched her growing bump disappear.
They shared their news on Facebook. A week or so following the birth. They shared pictures of their time with him. They collected condolences. And prayers. They smiled and they wept.
They chose a teddy bear. In memory. His cremains reunited with them, finally, on March 16, 2015. The small, stuffed bear that holds the physical remains, their Ethan-bear, would join a mommy and daddy bear. And forever have a place in their home.
The logistics of his life are closer to complete. But the emotions of the finality of it all still comes in waves. The answers are still few. Was it a chromosomal abnormality, an incompetent cervix, an infection, an abruption? They may not ever really know. They just know that his life was as it was meant to be. Brief. Yet profound.
He didn’t get to stay. How unfair that must feel. How little sense it all makes. But they are grieving together. Honoring his life. And living theirs.
The very few moments he was alive. And the six hours they got to feel his physical presence. Those will stay with them for a lifetime. He may someday be called brother to one or two. And they will share his story again. And again. 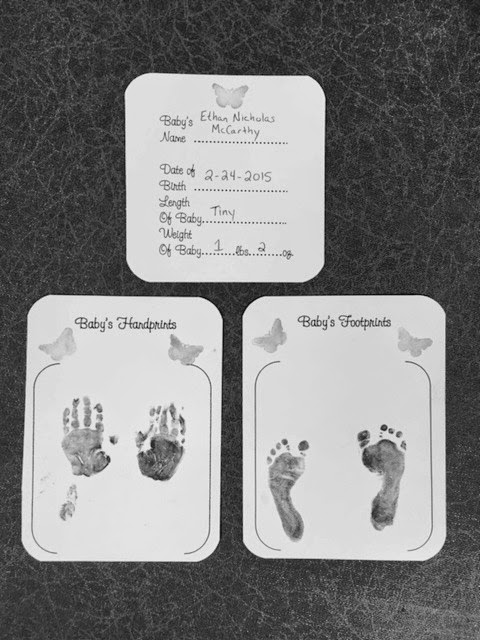 He only had minutes. But Ethan changed his parents’ lives forever.
He didn’t get to stay.
But he will never, ever truly go away.
Because they didn’t just love him for his lifetime. They will love him for all of theirs. 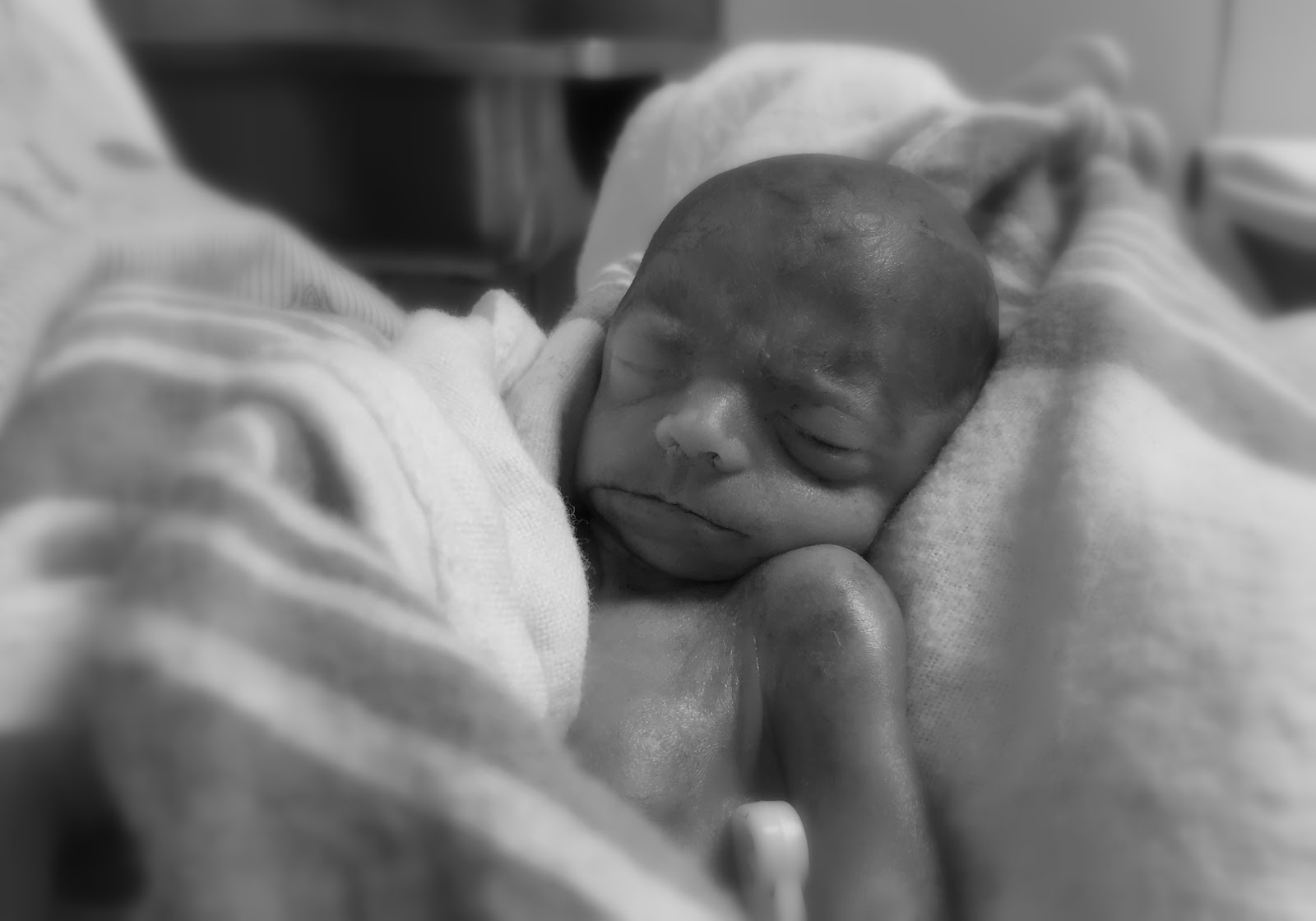 Labor and Delivery, Life and Death, This is Hard

The Hardest Chapter to Write
September 25, 2015